Whether It’s Five or One: Parable of the Talents

Many of us have fallen victim to the misconception that we need more in order to be faithful to the work God has called us to, through faith in his Son, Jesus. How quickly we fantasize about what life would be like and what we would do if we only had more of that which someone else possesses! All along we fail to realize the significance of the work we have been called to do with “whatever amount” God has given us. It is this attitude I find that most often puts us in the posture of the “worthless slave” in the Parable of the Talents found in Matthew 25:14-30. 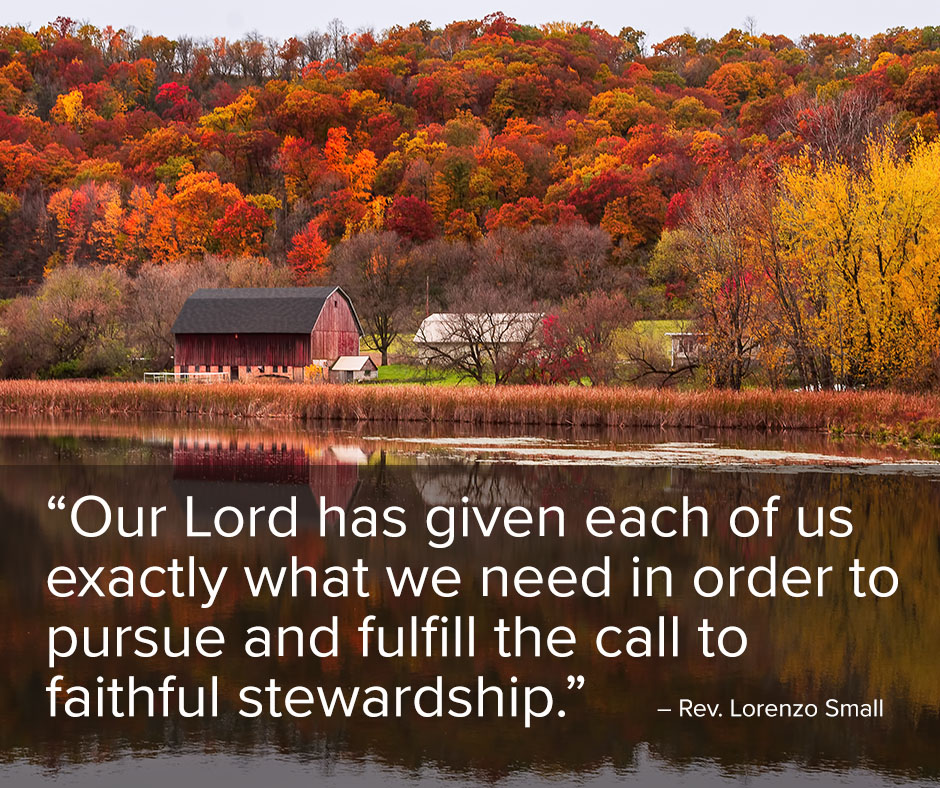 Do we need an abundance to make a difference or do we simply need to be faithful with what God has given us? This is what is at the heart of stewardship: faithfulness. Trusting that the effort we put forth that flows from our identities as disciples will not only produce a return, but be rewarded as faithfulness. As I have contemplated the actions of the three slaves, in light of the difference in the amount of talents given, I am struck by the fact that for the two faithful slaves, the reward was the same. The number of talents given are obviously different, but the commendation bestowed upon them both by their master was identical.

“Well done, good and trustworthy slave; you have been trustworthy in a few things, I will put you in charge of many things; enter into the joy of your master.”

One can’t help but ask, “Why was this so?” At face value, it does not seem fair. Surely, the slave who presented an additional five should have been given a greater reward than the slave who presented an additional two. Well, I can only surmise that the issue at hand wasn’t how much they returned to their master. Rather, it was the zeal and commitment they possessed for pleasing their master. They took seriously the call for fruitfulness. Faithful stewardship is a call to fruitfulness with what one has been given, no matter how little. Furthermore, faithful stewardship, regardless of the outcome, will always produce the same glorious reward from God, “Well done, good and trustworthy slave.”

I wonder if the worthless slave failed to understand the vital nature of the call to faithful stewardship. Did he fail to recognize that how he chose to utilize what his master had given him served as an opportunity for others to witness the generosity of the master? Though the worthless slave saw his master as a hard man, the reality is he was generous and trusting. He gave and he left, leaving it up to them to decide how to faithfully use what they had been given in order to produce a return to be presented back to him. One can’t help but notice that he doesn’t set the terms of their faithfulness, does not dictate where they are to labor or how they are to labor, doesn’t even require that they do the work themselves. (“Then you ought to have invested my money with the bankers, and on my return I would have received what was my own with interest.”) I can’t help but notice the worthless slave’s error in judgement regarding his master. Those of us who have hunkered down and simply conclude we have not been given adequate resources to make a difference in this world make the same error in judgement as this worthless slave.

Far too long have the masses relegated the call to faithful stewardship to those society considers to be the haves. The truth of the matter is our Lord has given each of us exactly what we need in order to pursue and fulfill the call to faithful stewardship. We must let go of the notion that only those with what we perceive to be a lot have been given what is needed in life to make a difference in this world. Whether we have five or one, the master has not only been generous towards us, he is giving each of us the opportunity to labor joyfully. Knowing that our labor will not be in vain and upon his return the outcome of our stewardship is not what will be rewarded, but rather our faithfulness to the task. What has God given you that you have buried? The call today is to unearth it and put it to use, even if it means turning it over to someone else.

Rev. Lorenzo R. Small, Sr. serves as pastor of First United Presbyterian Church in Charlotte, N.C. He attended North Carolina A&T State University in Greensboro, N.C., where he studied finance, and he pursued a career in healthcare following college. He later answered the call to ministry, graduating from Union Presbyterian Seminary in April 2013 with a Master of Divinity degree. Rev. Small was ordained as a PC(USA) Teaching Elder and installed as the pastor of Pleasant Ridge Presbyterian Church in Lancaster, S.C., in 2014. He accepted the call as Pastor of First United Presbyterian Church and preached his first sermon there on June 18, 2017. He is married and has three sons and enjoys traveling with his wife.