What is stewardship? Rev. Dr. Ted Wardlaw was known to tell new members of his congregation (as a part of a much broader charge that is both beautiful and powerful): “Stewardship always means more than money, but it never means less than money.”

Typically, this space focuses on financial stewardship. We’ll get to that, but let’s start by exploring another facet of stewardship. Stewardship of time. Talents. Body. Mind. Self.

On June 19, the Hebrew Bible reading is from 1 Kings. The summit of this reading is the “still small voice” passage, but it’s the beginning of this text that won’t vacate my heart. The lectionary excludes some of it, but as is so often the case with lectionary-leave-outs, it’s worth including the whole thing.

Elijah was tired. Elijah was scared. Elijah was, well, grumpy. Which is not surprising. After all that Elijah had been through it’s easy to understand why Elijah feels the way that he feels. There had been long journeys and difficult prophecies. Water from a wadi and bread baked by a widow. And then, the altercation with the priests of Baal – an altercation that did not end well for these aforementioned priests. At the end of this, Elijah has to run – running from Jezebel, who has promised to unalive him. Elijah had accomplished what the Lord had asked of him, and his obedience had led to division, fear, and anger.

Elijah is over it. He asks God for permission to die. “It is enough; now, O LORD, take away my life, for I am no better than my ancestors.” No better than Moses who also felt overwhelmed by the weight of God’s calling and asked God to take his life? No better than the prophets who had lived before Elijah – prophets who had spoken up for God quite effectively but had been unable to repair their world’s brokenness? We’re not sure what Elijah meant here, but the resulting point is unambiguous. He’s done.

I’m not Elijah. I’m not Moses. I’m not even a prophet. But I feel this passage deep in my bones.  Weariness, deep in my soul. (I’m also happy and grateful – it’s the 21st century – let’s get more comfortable with simultaneous truths.) This has been a hard season in the church and in our world. I suspect that you either relate to this or are surrounded by people who relate to this.

As John O’Donohue wrote in To Bless the Space Between Us: A Book of Blessings:

You have been forced to enter empty time.
The desire that drove you has relinquished.
There is nothing else to do now but rest
And patiently learn to receive the self
You have forsaken for the race of days.

For those who feel this, here is God’s response:

Then he lay down under the broom tree and fell asleep. Suddenly an angel touched him and said to him, “Get up and eat.” 6He looked, and there at his head was a cake baked on hot stones, and a jar of water. He ate and drank and lay down again. 7The angel of the LORD came a second time, touched him, and said, “Get up and eat, otherwise the journey will be too much for you.” 8He got up, and ate and drank; then he went in the strength of that food forty days and forty nights to Horeb the mount of God.

It’s instructive that Elijah doesn’t just sleep, eat, and drink once. It is a repeated cycle. This is not a repair that can be accomplished in a weekend getaway. This is sustaining rest and nourishment for body and soul.

The text brings us permission to take a nap.

Learn, again, how to listen, really listen for the waters that run deep and the voice that whispers – the divine voice of thin whisper (a much better translation than the still small voice).

How many pastors can you name who are at the point of breaking (or who have taken a step past that point)? How many pastors do you know who are finally taking some time away only to get sick or experience an injury their bodies catching up to their spirits? My anecdotal evidence may not qualify for a scientific journal, but the number is significantly higher than at any other time in my ministry.

How do you hear when your head is buzzing with to-do-lists? You don’t hear clearly. When you are worn out you don’t make your best decisions. You don’t respond in health. You can get by, but it’s not a space that encourages going deeper. Now, more than ever, I need to be reminded of the importance of trusting in the Good News of God, the Good News that tells me I am more than what I do. I am loved for who I am, not for what I accomplish.

And… it will NEVER all get done. Ever. Not ever. Nope. 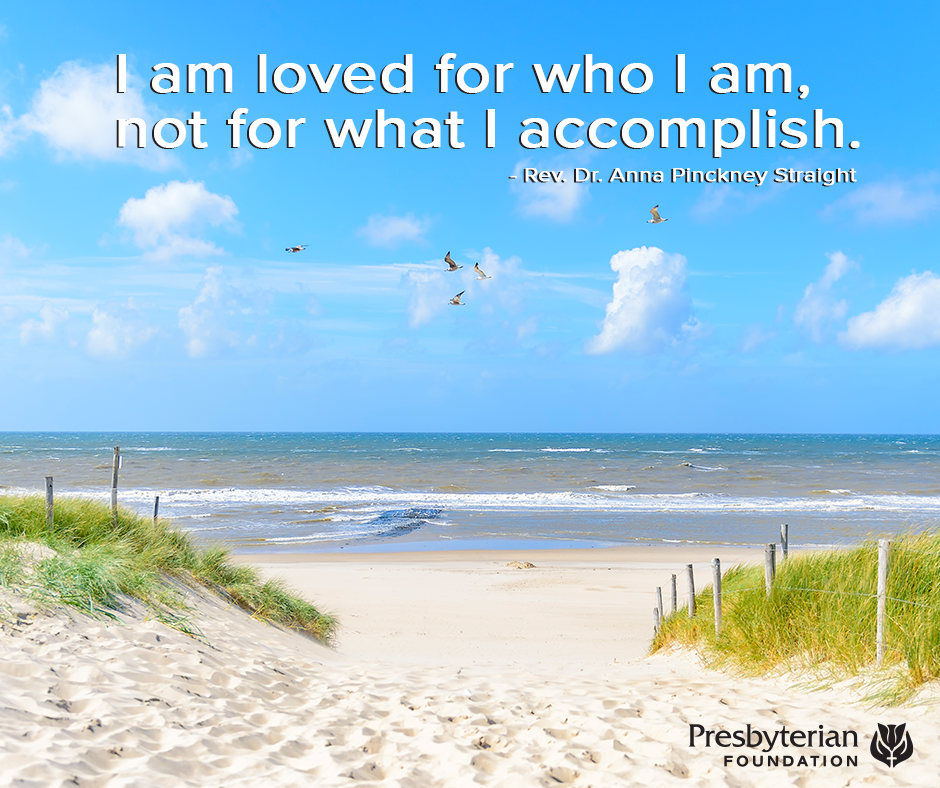 If ever there were a time, a season when we needed to be able to hear the word God is speaking to us, it’s this one.  If I am not comfortable with the silence of rest, how can I hear the thin whisper?

Elijah, once fed and rested, is commanded to return to the wilderness of Damascus. There is still ministry for him. Is he better than his forbears? God doesn’t answer, God sends.

Consider the lectionary in June an invitation. Permission granted. A command from on high. Rest. Nap. Eat. That is the stewardship we need. The stewardship our people need to see and the stewardship they hunger for themselves (even and especially when they cannot name it themselves).

If this is not a message you need to hear or is not one you are inclined to preach, there is another stewardship theme found on June 26 in the passing of the mantle from Elijah to Elisha. (Again, the lectionary shortens the passage. It’s worth including the middle parts to show more of the relationship between Elijah and Elisha).

In this passage Elijah is granted a tremendous gift – the opportunity to consider his legacy. What will he leave when he departs?

Elijah has the gift of foresight – he will be taken up in the whirlwind.

Elisha has the gift of foresight – his mentor will be taken up in the whirlwind.

Elisha asks for a double portion of Elijah’s spirit.

Choon-Leong Seow, Hebrew Bible Professor at Vanderbilt Divinity School, instructs us that Elisha is asking not for extra, but to be treated as Elijah’s heir and to receive 2/3 of the spirit Elijah possesses and can share (The First and Second Books of Kings.” New Interpreter’s Bible Commentary, Volume III). Still, a wise request and a powerful legacy.

What legacies have we received?

The church I serve in New Bern, North Carolina was founded in 1817 by 13 individuals – three men and ten women – who believed God was calling them to form a community of believers, a committed gathering of disciples of Jesus Christ. Forming the congregation wasn’t their first act, however. That happened in 1813 when records show that this not-yet-official congregation contributed $10 to the larger church for missions. Before they elected elders, they made a commitment to mission.

I see legacies all around me; more with each passing year. I see my grandmother’s hands in mine and my father’s mannerisms when I am engaged in “lively” conversation. I also hear legacies in my sermons where the phrases and theologies of the professors and preachers who have taught and loved me are woven into every paragraph. There is no denying that I am the beneficiary of legacies – shoulders on which I stand.

Chief among these legacies is a financial scholarship I received from the Presbyterian Women at Second Presbyterian Church in Charleston, South Carolina. I was baptized and confirmed at Second Presbyterian, the sixth generation of my family to be nurtured in faith in that community. And let me tell you, Second Presbyterian’s Presbyterian women were something else. They cooked in the kitchen to raise money for missions. They arrived early to church to teach a small group of children about their Jesus (children who were not always enthusiastic). They showed up at youth events when they had no children of their own in leadership. They worshiped and sang and listened and encouraged and loved. And when one of their own, a young woman who was actively arguing with much of her history, heard a call to ordained ministry and made the decision to attend a liberal seminary in New York City, they awarded her a scholarship to help make it possible.

How many shrimp suppers went into that check? How many pennies and dimes and folded one-dollar-bills humbly placed in an offering basket before they began their Circle lesson?

I have never forgotten that check, or, more accurately, the love that was at its heart.

These legacies invite us to consider our own legacies.

These legacies invite our congregations to consider their own legacies.

Tithing has been an important part of our life, why would I not want that to continue beyond my life (even if I’m not taken up in a whirlwind like Elijah)?

What we know for certain is that these legacies don’t happen accidentally. How many years have we said we’d have a Wills Emphasis program as a part of the annual stewardship campaign – but then put it off until next year? I’m struck by Elijah and Elisha’s intentionality in this process. Elijah plans for what is about to happen, including how he mentors and encourages Elisha. Elisha, too, gives thought to what will be happening, and what sustenance will help him answer God’s call for and claim upon his life.

The Presbyterian Foundation has, of course, abundant resources for how to go about this, faithfully and intentionally.

Wherever the lectionary takes you in June, I pray it shares a mantle of peace and hope with you. And that you find, in the words of John O’Donohue, “the joy that dwells far within slow time.” 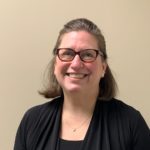 Rev. Dr. Anna Pinckney Straight is the pastor and Head of Staff of First Presbyterian Church in New Bern, N.C. A native of Charleston, S.C., she’s served congregations in West Virginia, Pennsylvania, and now (for the second time) North Carolina. She is a graduate of Agnes Scott College, Union Theological Seminary in New York City, and Wesley Theological Seminary.

A Time For Stewardship