It was raining the first time my wife and I celebrated Easter together. We were visiting friends a few hours away for an Orthodox Easter Vigil—Amanda is Antiochian Orthodox and our friends are Greek.

We got to the church a little before 10 p.m. I remember that it was raining because there were two buckets stationed at the front of the sanctuary. Someone had placed them there to catch the drops of rain that were falling through the ceiling.

The sanctuary was full to overflowing by the time the Priest walked out and stood next to the two buckets. At first, the room was humming. I could hear a few conversations in Greek, a few in Arabic, then silence.

“It’s good to see so many familiar faces in church this evening,” the priest said. “Before we continue the day’s liturgy, I need to mention a couple of things.
“The first is that, while it’s wonderful that you’re here today, you should remember that God calls us to gather in prayer and worship throughout the whole year—not only on feast days.
“The second thing is that … the Parish Council asked me to remind you that we’re in the middle of a capital campaign. We need to replace all the electric wiring, the icons, and as you can see,” he said, gesturing to the buckets, “we need to fix the roof as well. So, we need you to come, and we need you to give.”

Apart from the sound of the raindrops, the room was still mostly silent. So, I had to keep my voice to a whisper as I leaned over to Amanda and asked, “how long did you say this service is going to last?”

The vigil has two parts. The first is the Midnight Office of Holy Saturday. It can start as late as 11:30 or as early as 10:00, depending on the priest and the congregation.

Assuming everything runs on schedule, the Service of the Resurrection begins at midnight in total darkness. Taking the Paschal candle from the altar, the priest stands before the congregation and chants:

“Come, receive the light from the unwaning light, and glorify Christ, who is risen from the dead.”

When the evening service began, I could only just see the priest’s face, but as he walked about the sanctuary lighting candle after candle, chanting the invitation, I caught a glimpse of a smile in the glow of the candlelight.

Eventually, the lights from the candles started to fill the room as he walked back to the Soleas, settled himself, turned on his heels, and shouted, “Christ is risen!”

As you might expect, the congregation replied, “Truly he is risen!”

I expected him to move on to the next part of the liturgy. Instead, he walked to the center of the congregation, he raised his hands and cried, “Christos anesti!” And the congregation responded, “Alithos anesti!”

Then, picking up his pace and turning up the volume, he called, “El Messieh kahm!” And a mass of parishioners yelled, “Hakken kahm!” 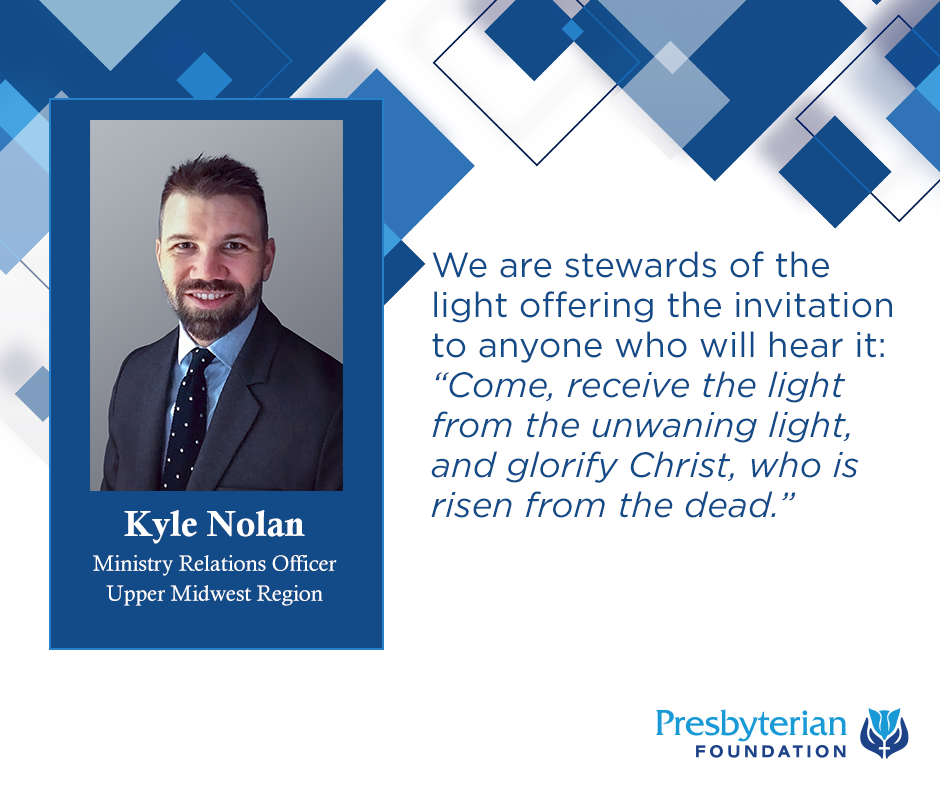 Parishioners standing in the aisles had to spread out against the walls to make room for the priest, who almost broke into a jog on his way to the back of the sanctuary, shouting all the way. Amanda leaned toward me, smiled, and whispered, “He’s kind of going off-script. This is a lot.”

Just then, the priest—and everyone with him — went silent. After taking a few steps forward, he stooped down to meet the eyes of a small, older woman. I was trying to make out what he said to her when Amanda leaned in and said, “It was Russian. I think she must be Russian.”

“Khristos voskrese!” said the priest to the woman.

“The message of the church is a specific word,” wrote the late theologian Robert Jenson. If the church does not get this word said, all the other words it might say are better said by someone else…So also, the mission of the church is a specific act, and if the church does not perform this act, all the other good deeds it might do are better done by someone else … The church’s specific mission is to act on those particular possibilities and hopes which are possible if and only if what the gospel says about Jesus is indeed true” (Jenson, Story and Promise, 1973).

I struggle with the whole idea of abundance. Some days, maybe even most days, abundance seems a little too optimistic to me. Scarcity just seems more honest. Especially on the days when all we hear about when we check the news is sanctions and shortages, supply chains and inflation, wars and proxy wars.

But then, on the good days, I’m reminded of that specific word, the one that brings abundance out of scarcity and life out of death:

Christ is risen. Truly he is risen.

And then I remember that we are not stewards, ultimately, of buildings or programs or any other sorts of resources — all good and useful, but also secondary and transitory.

We are stewards of the light, in so many languages and by so many means, offering the invitation to anyone who will hear it:

“Come, receive the light from the unwaning light, and glorify Christ, who is risen from the dead.”

Rev. Kyle Nolan is a Ministry Relations Officer serving the Upper Midwest region, which includes North and South Dakota, Minnesota, Iowa, Nebraska and Wisconsin. He works with congregations to create a culture of generosity, offers seminars and workshops, develops gifts and fundraising plans for ministries, and provides coaching to finance, stewardship and endowment committees. He previously served as Associate Ministry Relations Officer at the Foundation. You can reach Kyle at kyle.nolan@presbyterianfoundation.org.