This ancient rubric we find in Psalm 85 and in other psalms is believed to have been a liturgical instruction to musicians, cantors, and the whole gathered assembly to pause, to meditate, to pray, to reflect upon the verses just read. Psalm 85 of the Korahites, that segment of the Mosaic line who were the temple singers. The Selah prior to verse 3 follows two decisive verses ascribing to the Lord the favor and forgiveness that Israel has received. The assembly was to pause, to consider how the Lord has reset the heart and soul of the community, to meditate upon the reality that God for-gave (game of God’s self for the life of God’s people), to consider the possibilities of what this means and what God’s intentions are for God’s people in being set free, in being forgiven, in being reassured of God’s favor, of God’s love. The verses that follow the Selah then proceed in rapid-fire succession asking the Lord for restoration (v. 4), reviving God’s people so that the people may rejoice (v. 6), speaking peace and presenting God’s salvation that is imminently near, putting in tandem as inextricable partners steadfast love and faithfulness as well as righteousness and peace (vv. 10-11). Note the closing verses of Psalm 85, the joining of heaven and earth, what springs forth from the ground and what rains down from the sky. The image presented in this worship song is that God’s people live, and move, and have their being in the Lord’s work and presence, as God dwells among them and God’s people live in to receiving God’s favor, God’s peace, God’s steadfast love, the communal action will result in faithful action, in praiseworthy living, in right relationships with God and with one another. It’s called justice. And we see in verse 13 that the preparatory way for God’s work of justice, peace, and love is righteousness, for it is righteousness that “will make a path for his steps.” (85:13b) Often times when the Scriptures describe God’s vision for justice, God’s righteousness is linked to it: making right fractured relationships, making right the injustices of the world, making right the violence inflicted of humans against humans, nations against nations. 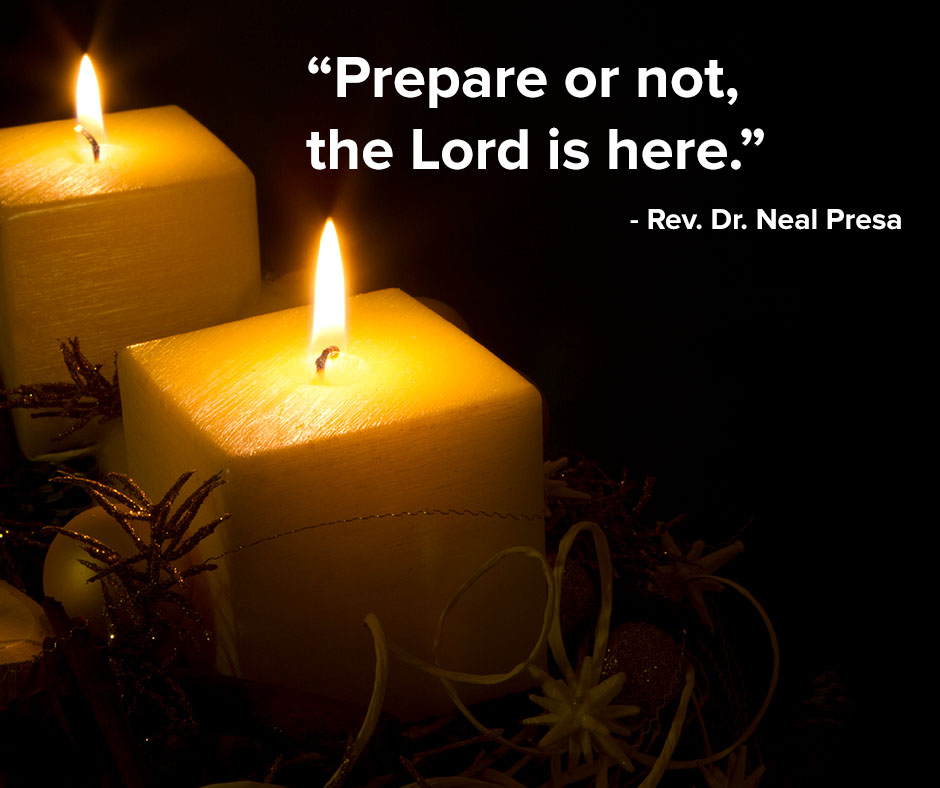 So when we get to the first century A.D./C.E. and the gospel according to Mark, early Christian communities were grappling with what had already happened and what was happening in their midst because of it: the Lord, Jesus the Christ, had come, and his living presence was with them, calling them to a cruciform life of righteousness; not their own righteousness, but God’s own vision of righteousness and justice that ushered in Jesus’s arrival, the righteous and just vision that announced that the Christ was coming after John the Baptist. When the gospel according to Mark opens with the familiar line “The beginning of the good news of Jesus Christ, the Son of God” (v. 1), it is because that both what is being narrated and what is expected is already happening. The goodness of God – the righteousness and justice of God – in all its power to withstand human powers and principalities, in all its love to undo human hate, in all its death-defying transformation to give life, in all its justice rolling like a river and in all its righteousness like a rushing mighty stream – all of it has arrived, has been here, is announcing itself, and is here to stay.

This is more than the usual Advent message of prepare as the second Advent candle is lit and everyone is nice and happy gathered in our physically distanced worship services, perhaps virtual, perhaps in-person. This is not so much about prepare in order to see the fullness of what is to come. Let’s not pretend. The “it” is here. Prepare or not, the Lord is here. The early church knew that because they were living into God’s promise as “it” already happened, the Christmas story already happened. They were already grappling with and struggling with what faith in the Lord means, giving witness to God’s love, to God’s justice, to God’s righteousness. Not as preparation. But now. For they were in the midst of empire, of injustice, of violence, of deep challenges internal and external to their faith communities, in their own households, and in their own lives.

What was the “it” they and we live in now, as a present reality, not as future preparation?

The presence of the Spirit of the Lord: “but he will baptize you with the Holy Spirit.” (1:8)

The Spirit is here: like a rolling river, like a mighty stream. The Spirit helps us to begin again.