At once the Spirit forced Jesus out into the wilderness. He was in the wilderness for forty days, tempted by Satan. He was among the wild animals, and the angels took care of him. (Mark 1:12-13 CEB)

Growing up I loved to read wilderness survival and adventure books. My favorites were My Side of the Mountain, a 1959 book by Jean Craighead George about a boy and his falcon surviving in the Catskill Mountains, and Hatchet, a 1986 book by Gary Paulson about a boy and, well, his hatchet he uses to survive in a Canadian wilderness after a plane crash. In both stories the wilderness is an opponent to be struggled against and a teacher to learn from. The characters gain independence, new capabilities, and ultimately discover more about who they are by being in the wild.

These days, traveling out of cell phone range can feel unsettling, plus I’ve learned I’m not a big fan of precipices, canyons, bridges, ledges, or any high place (sorry, Alex Honnold, but Free Solo is akin to a horror movie for me). Nevertheless, I still like to get out and hike a rocky trail, sink my toes in the grass, or just feel the cold rain on my neck. The wilderness is an opponent and a teacher. Sometimes I feel beaten by it, but often it teaches us me who I am and what I am capable of doing. 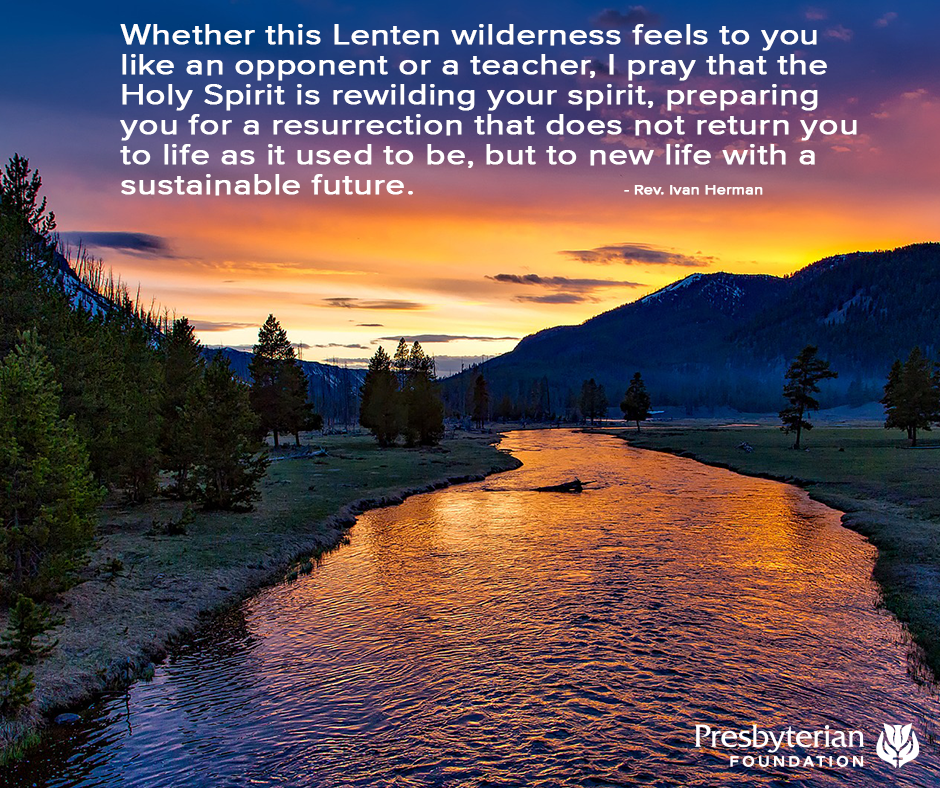 Truly wild lands are becoming more and more scarce. More than half the world’s habitable land is in use for agriculture, and more has been paved over or built on. Some land, however, is being returned to wilderness using a process called rewilding. The primary goal of rewilding is to restore sustainable biodiversity and ecosystem health to a large-scale area. Sometimes that means returning dangers such as nature’s carnivores (e.g., wolves) to the ecosystem, further unsettling what has been thought of as ‘settled’ land. Because its ultimate goal is future sustainability, rewilding can be one of the least actively managed forms of restoration. The land is allowed to adapt to current resources rather than requiring human intervention to conform to what it used to be like.

Rewilding can be a lens for understanding spiritual and physical renewal. We rewild our bodies and rewild our spirits to bring restoration. The Holy Spirit was rewilding Jesus in the wilderness for forty days after his baptism. God was rewilding the children of Israel in the Sinai desert for forty years as they prepared to enter the Promised Land. In each case, the wilderness experience brought restoration with a purpose for the future rather than a focus on the past.

We began the Lenten journey marked by the dust of the earth, and during these 40 days we discover our current resources, be they falcon, hatchet, or a spiritual discipline that connects us to our Source. Whether this Lenten wilderness feels to you like an opponent or a teacher, I pray that the Holy Spirit is rewilding your spirit, preparing you for a resurrection that does not return you to life as it used to be, but to new life with a sustainable future. 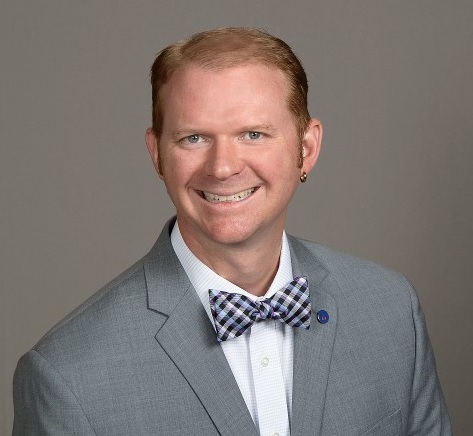 Rev. Ivan Herman has served as the associate pastor at Carmichael Presbyterian Church since 2009 and is active in the Presbytery of North Central California. He grew up in Ecuador and Colombia, and has previously served as pastor or ruling elder in Presbyterian congregations in Memphis, TN, Washington, DC, and San Antonio, TX. He holds an annual pass to U.S. National Parks as well as degrees from American University, Wesley Theological Seminary, and Wake Forest University. Ivan lives in Sacramento with his spouse, Susan, and their two children and might be found hiking trails in the Sierra Nevada foothills, around Lake Tahoe, or in Yosemite, just don’t look for him at the top of El Capitan.