The 500th anniversary of the beginning of the Reformation has come and gone, with little fanfare and minimal observance. It is worth noting that 2017 was the anniversary of the beginning of the Protestant Reformation. It followed numerous other reformations in the church’s first millennium and a half, and it preceded reformation in Zurich (1521-23), Geneva (1536), and Scotland (1560), as well as Hungary, Poland, and many other places throughout Europe.

It was also the beginning of reformation in another sense: the need for continuing reformation in the church. The Reformed “motto” – ecclesia reformata semper reformanda secundum verbum Dei – expresses the ongoing need for the church to be reformed in accord with the Word and word of God. The World Council of Churches published a book of essays (available on Amazon) that explores the continuing legacy of the 16th century and looks to the current need for ecclesial reform. The essays come from outside of the American context, which makes them important for Americans to read.

The best way to recommend the book is to list a few of the authors and their essays:

Featured Resource
It’s not too late to discuss the impact of the Reformation with your congregation. We have five study guides, prepared as downloadable PDFs, available for you, as well as six videos that you can either download or stream from Vimeo. Find our Reformation Resources here. 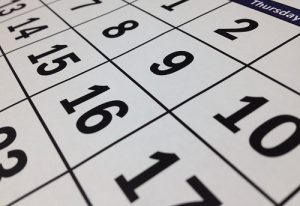 If you’re planning to attend General Assembly in St. Louis, don’t forget to sign up for the Theological Education Breakfast, June 21, 7:30 a.m. At the breakfast, notable Presbyterian Church (U.S.A.) seminary leaders will receive awards, and you’ll have an opportunity to network with lots of great folks in theological education.