My Father, a professional jazz musician and composer, tutored me in jazz theory and piano performance growing up. One day as my dad and I played a song together, I became enthused with a scale. I improvised energetically. Moving up and down the scale on the piano, I played vigorously without pause until my Father stopped me in the middle of my performance.

The notion of playing a rest became clearer over time as I observed my father directing bands and orchestras. Musical compositions do not always require every instrument to be played at the same time. There are moments when the rich sound of the violins is no longer heard, while the whistling sound of the flutes ring. There are moments when the flutes pause, while the trumpets buzz and the saxophones sing. There are long periods when the timpani is quiet, until the moment the music calls for its majestic thunder. In a symphony, every instrument is critical to the composition. Yet every instrument isn’t always played at the same time. When a musician has a few tacit measures, my father encouraged them to “play a rest.”  The idea of playing a rest means that even when an instrument is silent, it is still part of the music. In fact, the pause is vital to the breath and beauty of the musical score. What my father taught me that day is more than a musical concept. In life and ministry, we are invited to play a rest.

The inscription of Psalm 46 reveals that it is “a song.”  Much of the song describes a creation dealing with unrest. Mountains are shaking and waters are foaming. Nations are roaring. One can hear a cacophony of environmental and social unrest in Psalm 46. Yet the lyrics of this hymn lead us from descriptions of total unrest into something more restful. Be still and know that I am God.  The Hebrew term for “be still” can also be translated “to abandon.” Perhaps the psalmist invites us to abandon the temptation to conform to the unrest around us. As stewards of the instruments God has gifted to us, we are invited to play a rest. 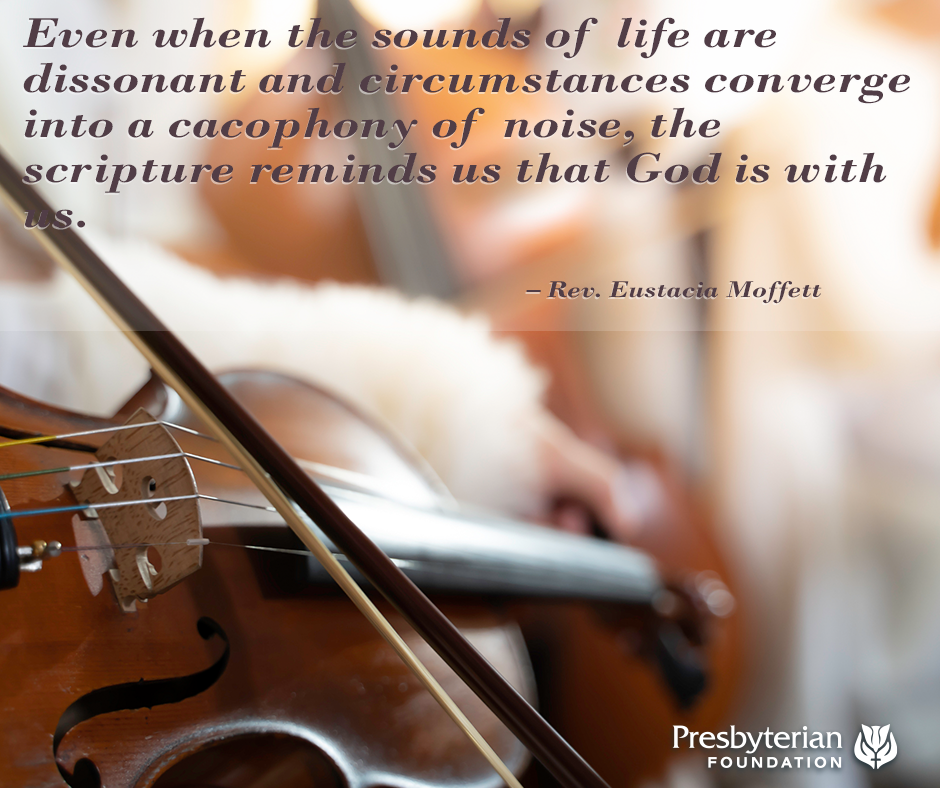 I’m learning how to play a rest in ministry. As a child, I spent a lot of time at my maternal grandma’s house. I loved grandma’s house. There, I mastered my work ethic. Grandma taught me there is always something to do. Growing up in the segregated south, my grandmother shared stories about the work of my ancestors who labored in the civil rights movement for the freedom of generations to come. These conversations were formative in my spiritual development, and impressed on me the necessity of working to serve a greater good in the face of today’s social unrest. While I learned work as a virtue, I did not pick up on the idea that I needed to learn how to rest. In fact, I resisted rest. In my adolescent years, after doing my school work and practicing my music, I often complained about boredom.

Grandma replied, “Honey, there is always something to do.”

I believed her, so I learned to find more things to do.  Then came a time when I didn’t have to look. When I entered pastoral ministry, I soon learned that there is always something to do and work never seems to be done. Under the “tyranny of too much” (to borrow words from Rev. Kirk Byron Jones), I strengthened the belief that I must do, and I mastered the art of working until exhausted. It’s been through wise counsel and experience that I’m learning how to apply the wisdom of the psalm:  Be still and know that I am God.

Since God is, we can abandon the idea that everything falls on us. Words from a prayer of confession prayed during the 225th General Assembly underscores the point: We are ministers, not messiahs. We are servants, not saviors. (Full prayer here.) Even when the sounds of life are dissonant and circumstances converge into a cacophony of noise, the scripture reminds us that God is with us. Assured of God’s faithful presence at work in the world, we can play a rest and attend to the breath and beauty of God’s musical score.

Rev. Eustacia Moffett Marshall serves as the Pastor of New River Presbyterian Church (Philadelphia, PA), a church replant of three historic congregations (Calvin Presbyterian, First African Presbyterian, and Good Shepherd Presbyterian). Prior to her pastoral tenure in Philadelphia, she served churches in New Jersey and North Carolina. She is a graduate of Stanford University and Princeton Theological Seminary. She is currently a PhD candidate at North Carolina A & T State University in the Leadership Studies and Adult Education doctoral program. She recently concluded her tenure as Chair of the Board of Trustees for the Presbyterian Foundation, which is one of the largest religious foundations in North America. Rev. Marshall is the first black woman to serve this distinguished role in the Foundation’s more than 200 year history.