George Marsden has not written a biography of a person, but the life of a book. His biography of Mere Christianity is one of a series, “Lives of Great Religious Books” published by Princeton University Press. Included in the series are “biographies” of Augustine’s Confessions, Aquinas’s Summa Theologiae, Calvin’s Institutes, and Bonhoeffer’s Letters and Papers from Prison, as well as other religious classics. 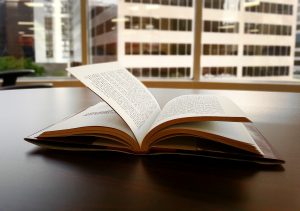 Mere Christianity did not begin as a book, but as a series of brief radio talks on the BBC during the darkest days of World War II’s “Battle of Britain.” The talks were generally well received, although they were not without critics. They were later published as a series of pamphlets with the prosaic title Broadcast Talks. Only after the war did Lewis combine, revise and expand the pamphlets, creating what we now know as Mere Christianity.

Anyone who has read and been influenced by Mere Christianity will be fascinated by Marsden’s readable account of the book’s positive and negative reception, its journey to America, its hesitant reception into the evangelical orbit, and its emerging status as a Christian classic.

Marsden also develops an examination of Mere Christianity’s lasting vitality. Why has it not faded like most 20th century non-fiction? Marsden discusses features such as, “Lewis uses common human nature as the point of contact with his audiences,” “Lewis sees reason in the context of experience, affections, and imagination,” and “He is poet at heart, using metaphor and the art of meaning in a universe that is alive.” Marsden’s analysis of these and other features of Mere Christianity will also provide insight into other Lewis works, from The Screwtape Letters and the Chronicles of Narnia to The Problem of Pain and The Abolition of Man.

This year’s honorees are Dr. Katie Geneva Cannon, professor of theology and ethics at Union Presbyterian Seminary in Richmond, Virginia, and Douglas Oldenburg, former President of Columbia Theological Seminary in Decatur, Georgia and a former General Assembly moderator. Join us for this breakfast on June 21, 7 a.m., during General Assembly.

Register for the breakfast when you sign up for GA. Questions? Contact Lee Hinson-Hasty of the Theological Education Fund at the Presbyterian Foundation at lee.hinson-hasty@presbyterianfoundation.org or (502) 569-5357.

Save the Date for this year’s Stewardship Kaleidoscope, set for Sept. 24 to 26, 2018, in St. Louis. Details will be available later this year. This is a key opportunity to learn from stewardship, generosity and giving experts, who can help you shape the giving program at your church. Find out more here.

A wills and legacy giving program that encourages giving through charitable bequests, permanent endowment funds, and other estate plans enable your members to share God’s material gifts with the church and help fund its mission. We have resources, including an estate planning workbook, that can prepare you to discuss legacy giving with your congregation. Find out more here.