As May comes around, most preaching pastors are probably just glad to have made it through Easter. Maybe this year, the crowds were back and the Easter egg hunt was on, but likely some of the stress and caution of the past two years lingered on. There was a celebration, but it still felt “different” somehow. But now, with the focus of Lent, the intensity of Holy Week, and the pressure of Easter behind us, there is a real temptation to just let down. It would be so easy to let go and simply coast into the summer. Temptations to abandon the lectionary in May abound. First, there is Mother’s Day; then graduations and celebrations of the end of the church school year; finally, there is Memorial Day and the “official” beginning of summer.

Meanwhile, the lectionary between Easter and Pentecost invites us to take a deep dive into discipleship. The Easter season is our time to reflect on the mystery of the resurrection, surely too big an idea to be confined to one Sunday. As we reflect on what the promise of Christ’s resurrection means for us, we learn more deeply what this means not only for life beyond death, but for abundant and faithful life here and now. This month features readings from Acts, Revelation, and John. One way to approach worship and preaching for this month would be to read all three readings each week and listen for the resonances between the texts as they are heard side by side. Another possibility would be to construct a sermon series on either one of the three by itself. Here is a suggestion of how this might work.

The readings from Acts feature major events in the lives of Peter and Paul which highlight the power of the Holy Spirit to transform us into “resurrection people.” Paul himself tells us very little about his transformation from a persecutor to a proclaimer, but (for better or worse) Luke has given us the “Damascus Road experience,” (Acts 9:1-20) which has become almost emblematic of “conversion” stories. Some people even worry that they have no had such a dramatic, life-changing encounter. But Paul himself would probably be quick to say that what happened to him was no where near as important as what Christ was able to do through him.

Paul was already rigorously trained rabbi, a knowledgeable and skilled debater, when his mind and heart were opened to see the promises of God fulfilled in the death and resurrection of Jesus. He came to see his own tradition with new eyes, and that made him into a bold and obviously very persuasive evangelist. The readings for the last two Sundays in May show this transformed Paul at work in Philippi. Acts 16:9-15 is the story of the beginning of that community thanks to Lydia, the dealer in purple cloth (i.e., luxury goods), who opens her home to become the foundation of a new church. Acts 16:16-34 is the dramatic story of how Paul and Silas were arrested for disturbing the peace – and disrupting the unscrupulous business of a couple of merchants by exorcising a demon from their fortune-telling slave. Again, Paul does not tell these stories on himself. Indeed, when he writes to the Philippians, he points past himself to Christ’s transforming power: “I regard everything [I have achieved] as loss because of the surpassing value of knowing Christ Jesus my Lord … I want to know Christ and the power of his resurrection and the sharing of his sufferings by becoming like him in his death, if somehow I may attain the resurrection from the dead” (Phil. 3:8, 10-11). 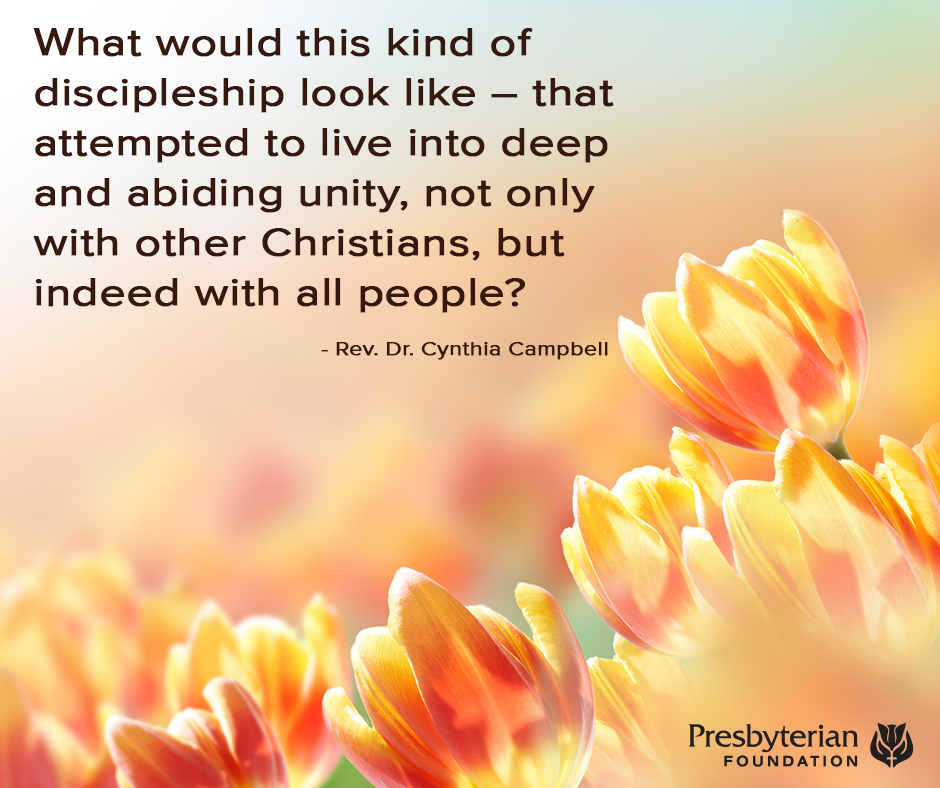 Peter’s transformation is different. As far as we know, he was not well-educated or even necessarily well-spoken. Always a leader, he becomes (according to Acts) the spokesperson for the disciples on Pentecost. Then, he inherits Jesus’ power to heal the sick and even bring back the dead (Acts 9:36-43). Restoring the beloved disciple, Tabitha, to the community that depended on her was surely a Christ-like deed. But perhaps the most amazing transformation was what happened to Peter at the home of Cornelius, the Roman centurion. Acts 11:1-18 is Peter’s account of the incident when he is called back to Jerusalem to defend his actions of extending baptism to a household of Gentiles. It is worth going back to chapter 10 to read the story in its entirety. The turning point of the transformation of Peter comes in Acts 10:34, when Peter says, in response to Cornelius’ account of his vision instructing him to send for Peter, “I truly understand that God shows no partiality, but in every nation anyone who fears [God] and does what is right is acceptable to [God].” It is suddenly clear to Peter that God is as present to Cornelius as God has been to him. They both belong. In the reign of God, there will be no more insiders and outsiders. Transformation indeed. These are great stories that invite reflection on how our own lives have been and might still be transformed by the Risen Christ.

The readings from Revelation point in a different direction – not back to the heroic deeds of Peter and Paul, but far into an imagined future where Christ will complete the new creation. Many of us avoid Revelation because we reject the uses made by other Christians to pin down the time of Christ’s return or correlate Revelation’s “predictions” to current events or view the Christian life only through the lens of a struggle between good guys vs. bad guys. But these texts come alive when we remember the audience for whom John was writing: namely, small, struggling Christian communities who were enduring significant persecution from the Roman authorities. New Testament scholars Alan Boesak (Comfort and Protest: The Apocalypse of John from a South African Perspective) and Brian Blount (“Revelation” in True to Our Native Land: An African American New Testament Commentary) bring that ancient context forward to speak to the struggles of oppressed people in South Africa and the U.S.

The first two readings (Rev. 5:11-14 and 7:9-17) record the hymns of those angels and saints gathered around the throne of God. They are emblematic of the of power of worship, liturgy, and song to reimagine the world. In these glorious hymns, Christ is Lord, not Caesar. The one who alone is worthy to receive all our praise and worship is the Lamb that was slain. Singing these songs on earth in company with those who sing them in heaven gives the congregation hope and power to stand up to oppression.

The rest of the readings (Rev. 21:1-6, Rev. 10, 22-22:5, and Rev. 22:12-14, 16-17, 20-21) envision the climax of God’s new creation. Not only is there a new heaven as well as a new earth, but all the powers have themselves been transformed: death is no more; darkness has been banished; evil, symbolized by various vices, is excluded. The new Jerusalem is a safe space, and the trees produce leaves “for the healing of the nations,” of all peoples. These texts invite us to consider the visions that we hold before us. For what do we hope? Are we content with things as they are, or do we have the courage to imagine God’s reign of justice and peace for all?

Finally, these weeks of Easter invite us to reflect on the Risen Christ and his invitation to deeper discipleship. John 21:1-19 is iconic story in which Jesus appears to his friends back at the Sea of Galilee, and Peter’s three-fold denial is undone by a three-fold renew of his call: feed my sheep.  Whenever we are tempted to doubt our worthiness, this story of second chances is worth pondering and embracing. The fourth Sunday of Easter is sometimes called “Shepherd Sunday,” because the gospel reading always comes from John 10 and invites us to reflect on what it means that Christ is our shepherd. This year, the emphasis is on belonging: as sheep of this Good Shepherd, nothing can “snatch us away.” What are we to do with this assurance that we belong … in life and in death … to God? Surely, this should be a source not only of consolation but also of empowerment.

The other three readings all come from John’s version of the Upper Room tradition on the eve of Jesus’ crucifixion. John replaces the story of the breaking of bread with Jesus washing the feet of his friends. He interprets his action with a “new commandment, that you love one another.” In the Synoptic gospels, Jesus says that the “great or first commandment” is to love God and neighbor. But here, he seems to up the ante: “Just as I have loved you, you also should love one another” (John 13:34). This echoes Paul’s call for us to have among ourselves “the mind of Christ,” who “emptied himself” and became obedient to death (Phil. 2: 5-11).

John 14: 23-29 promises that those who walk this path of love will become God’s own dwelling place. The Holy Spirit will come and keep all of Jesus’ words clear in our minds, and Christ will give us his own peace. These are all different images with which to imagine what our relationship with God can be like. Finally, Jesus prays for disciples then and now in words that challenge us, especially in a world of deep division. Jesus prays that “they may be one. As you, Father, are in me and I am in you, may they also be in us, so that the world may believe that you have sent me” (John 17:21). What would this kind of discipleship look like – that attempted to live into deep and abiding unity, not only with other Christians, but indeed with all people? Working for visible Christian unity isn’t very popular anymore. Competition and the struggle to survive characterize far too many congregations, denominations, and ministries. Jesus has another vision in mind: the unity of all whom he has called to follow … as a demonstration to the world of his true identity and significance. Embracing that vision would indeed transform us all. 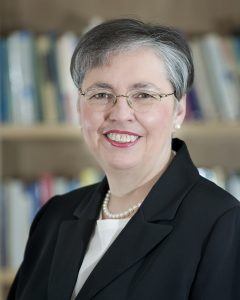 Cynthia Campbell serves as Pastor Emeritus of Highland Presbyterian Church in Louisville, Ky. Cynthia began her ministry in Texas and served in three congregations before completing her Ph.D. She joined the faculty of Austin Presbyterian Theological Seminary in 1981 where she taught theology and ministry and directed the Doctor of Ministry Program. In 1988, she was called to the First Presbyterian Church of Salina, Kansas, as Pastor/Head of Staff, one of the first women to serve a congregation of over 1,000 members as pastor. In 1995, she was named President of McCormick Theological Seminary in Chicago. She is the author of A Multitude of Blessings: A Christian Approach to Religious Diversity (2007) and God’s Abundant Table (2011). Cynthia is married to Fred Holper, who is retired from teaching preaching and worship at McCormick Seminary. They have two adult children who live in Milwaukee.

Planning for the future helps you live better today