May 1, 2016 by Presbyterian Foundation

It was he who gave some to be apostles, some to be prophets, some to be evangelists, and some to be pastors and teachers, to prepare God’s people for works of service, so that the body of Christ may be built up until we all reach unity in the faith and in the knowledge of the Son of God and become mature, attaining to the whole measure of the fullness of Christ.
Ephesians 4:11-13

Maturity? When I was younger, I always struggled with this word. I saw it as stuffy, straight-laced, and old-fashioned. My dad would say, “When you are a grown-up you will understand.” Now, I loved my dad – in fact he was one of my heroes. My father was part of what Tom Brokaw calls “the greatest generation.” He embodied the word “mature.” He always sacrificed for us. He never drank the last of the milk. “Save it for the kids,” he would humbly say. He was not a clothes horse. Khaki work pants were his attire. He was generous to a fault. People adored and respected him. He didn’t have a stodgy bone in his body. For his generation, maturity was less about being the best in the world than it was being the best for the world.

My father wanted to see the turn of the millennium in his lifetime. He did. He died on January 6, 2001, the day of the year designated by the church as Epiphany, the time when God’s generous love was revealed to the Gentile world. On that day, the day of my father’s death, I too had an epiphany, my own moment of revelation of the depth of my dad’s generosity and sacrifice for the next generation. My father didn’t see our children’s graduations or celebrate their marriages. But in some ways he was present with us there in the background. His wise stewardship of life and resources in his will provided for our children after he was no longer there to witness the fruit of his generosity.

Maturity is not defined by age or demeanor; it is a matter of the heart. “Téleios,” the Greek word for maturity, means “goal” or “complete.” Another facet of the word is “ripe!” Thank goodness for that agrarian image! Maturity doesn’t come all at once. We grow into it.

The ministry of the Foundation is to help congregations develop disciples who see the value and goal of giving to future generations. The Foundation deeply desires to walk beside congregations and individuals to develop the vision of legacy giving. The Live Forward Give Forward Wills program gives a step-by-step approach to help foster a vision of giving a legacy gift that will impact the future of a church’s ministry.

Live Forward, Give Forward is about encouraging people to provide for the long-term mission of the church. To understand how the way they give now can have future impact, they need a compelling vision of what that future can hold. This goes beyond programs, facilities and general operating budgets. They need to know what their investment in the mission of the church will help accomplish 10, 20, 50 or more years down the road.

Please review your will. Make sure there is a charitable component to it. Leave a legacy gift. My father is my example. I desire to leave a legacy gift that under our Lord’s hand will create mature disciples for years to come. 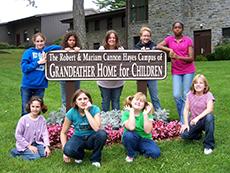 Inky Inscoe and his wife Harriet were very involved with their church community at the First Presbyterian Church of Morganton, in the foothills of the Appalachian Mountains in North Carolina. After his wife’s passing in 2004, Inky continued his commitment at the church of Morganton until his death in 2013.


“At Inky’s funeral we recalled his wonderful sense of humor, his positive attitude and sense of adventure, his service to his country as a World War II pilot, and his dedication to good works in our community,” shared Morganton’s pastor, Michael Bailey.

For Inky and Harriet, the church was their life, pure and simple.

“They did everything here, held every position at this church – and even sang in the choir together,” remembered Bailey. Dedication to their faith and to their church was a hallmark of the lives of both Inky and Harriet.

The Inscoes were not necessarily thought of as “rich people” during their lives, but after Inky’s passing, the richness of their lives was made manifest.

After his death, the church’s Clerk of Session received a letter – along with a check, for $92,000. And, on that same day another letter was received, at Converse College, and another check, for $5,500. The same thing happened at Salem College, and Union Presbyterian Seminary, and at the Grandfather Home for Children, Habitat for Humanity, and the Burke County Hospice and Palliative Care.

“We might not have thought of the Inscoes as rich people, but as we look back and reflect, it becomes all too apparent just how richly they lived,” shared Bailey.

Theirs were lives of generosity and dedication, sharing and good works.
An emphasis on planned giving is a regular part of the worship life at First Presbyterian Church of Morganton. Every three to five years a “major emphasis” is made on planned giving. The possibility and importance of planned giving is also communicated from the pulpit two to three times per year. When gifts such as the Inscoe’s are received, they are celebrated in the worship life of the congregation. In this way Pastor Michael Bailey hopes to allow the gifts themselves to continue to generate more momentum for giving.


Register today for the Well-Being Retreat at Montreat

Hosted by Board University at the Board of Pensions, in collaborative partnership with the Presbyterian Foundation, Well-Being Retreat 2016 will be Monday, Tuesday, and Wednesday, August 15, 16, and 17, 2016, at Montreat Conference Center in North Carolina.

Active Benefits Plan members and covered partners are encouraged to step away from their daily work and examine wholeness through the spiritual, physical and emotional, financial, and vocational areas of their lives.

Well-Being Retreat 2016 attendees will have the ability to customize their retreat experience by selecting the educational workshops and guided activities that best support the journey to well-being for the individual and the Church. Listed below are just a few of the many workshops scheduled to take place.

Registration will be accepted online only, and each individual must have a unique email address (from work or home) that is not shared with another person registering for this event.