Let’s just put it out there. Elijah, the prophet and drama of biblical proportion, seem to always go together.

It was at Mt. Carmel when Elijah called down the fire of the Lord. “If the Lord is God, follow God, but if Baal is god, follow Baal.”

It was at Mt. Horeb where Elijah fled all by himself in fear for his life because of Queen Jezebel. God was not in the great wind or the earthquake or the fire, but in the still small voice.

When it comes to Elijah the prophet, the biblical special effects, the symbols of divine action and presence, things like whirlwinds and fire, all tend steal the scene. Appropriately so, this happens in a biblical kind of way.

By the time one gets to II Kings 2, the symbolism of God at work in the whirlwind and the chariots of fire and the mantle passing becomes quite clear. Elijah rolling up the mantle and parting the water in a “Moses with staff” kind of way. Elisha is asking for a double share; meaning he is asking for nothing short of the identification, the rights and privileges of a first-born son – the prophet’s spiritual son.

Thus, Elisha calls, “father, father,” as Elijah goes out of sight. The now-anointed prophet laments as he would for his own father, tearing his own clothes in two. And, of course, Elisha’s picking up of Elijah’s mantle, there along the banks of the Jordan River.

All along that way, Elijah keeps telling Elisha to stay: “Stay here for the Lord has sent me on.” Elijah tells Elisha to stay in Gilgal, in Bethel, in Jericho, and in the Jordan. Each time, Elisha refuses. “As the Lord lives, as you yourself live, I will not leave you.”

The journey goes on, from Gilgal to Bethel to Jericho to the Jordan River. It wasn’t that the trip was an endurance test. Even for the ancient world, it’s just not that far. It’s hardly a pedal-to-the-metal, straight shot from here to there with a few rest stops along the way kind of trip. Bethel is closer to the river. Then some backtracking to Jericho. Then back to the river.

The trip seems a tad wandering or meandering. So the places, the cities where they stop must be important. Bethel? Abram stopped thereafter God called him. He built an altar there. Jacob had a dream there. Jacob’s ladder dream was at Bethel. Jacob built a pillar there. Bethel is a notable, holy place. “Elisha, stay here.”

The mantle passing didn’t happen at Gilgal, or Bethel, or Jericho. It happened on the other side of the river.

Not a holy place. Not a notable place. Just over there, beyond the river. It wasn’t even right at the river.

After they crossed over the river, Elijah and Elisha kept walking and talking. They weren’t at the river. They were beyond it.

The prophets (plural) meandering journey to mantle passing and the whirlwind of God reveals the most accessible, understandable, relatable, human element or the biblical story. God’s glorious and disturbing presence transforms lives in the most un-notable places, the least expected of times, even and especially when surrounded by all the other-god-worship the world has to offer.

So, too, God is as present between us as God would be present to us in some form of a divine whirlwind. Our most sacred places are made holy not by name or fame or even by mysterious chariots of fire; but made holy by the presence of God. Unexpected, ordinary places, are made holy by God’s transforming presence in our lives.

In more than three decades of ministry, time and time again, I have witnessed the transforming presence of God at work in people’s lives in the most ordinary places and at the most ordinary times of life. I have seen the children of God inspired to acts of giving and generosity when they were surrounded by all those “gods beyond the river.” 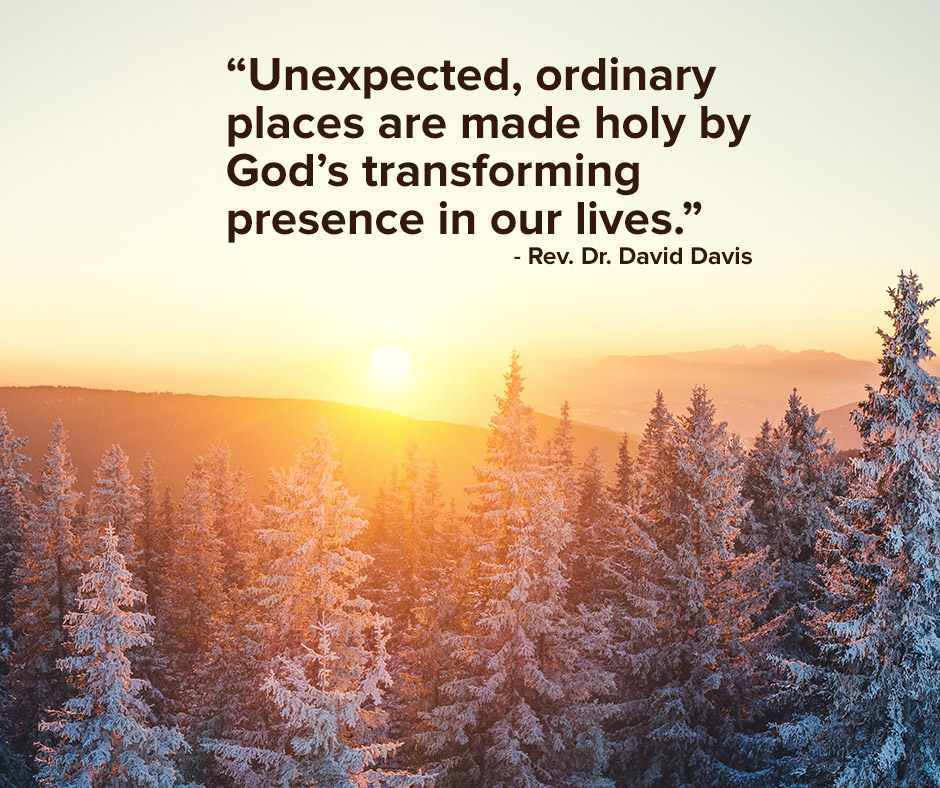 Perhaps most remarkable, I have seen how the mantle of stewardship passes from one generation to the next almost in spite of, or perhaps despite the church’s hesitations when it comes to money and talking about it. Those unexpected glimpses of generosity come as a day, or a place, or a time is once again made holy by the extraordinary, transforming, and inspiring presence of God at work in someone’s life.

Last summer I watched as a person was finalizing the sale of the company after owning and leading it for decades. In a meeting with senior leadership, the owner/seller told folks that a modest gift of several hundred dollars would be coming to every employee from some of the proceeds of the sale. The questions came quickly. For everyone? Shouldn’t the gift be proportional to years with the company or size of salary? What about the person who was just hired? The person then shared with me how “No, it is simply a gift,” was the consistent refrain. It was the response until finally the owner offered to read the Parable of the Workers in the Vineyard from the Gospel of Matthew right then and there.

On a recent Sunday, like pretty much every Sunday since March of 2020, I joined in our congregation’s virtual fellowship video call after our livestream worship service. A fairly new couple in the congregation was on the call. It was a bit surprising because she had delivered a baby just 10 days before. As they brought the tiny infant into their video screen on the call, someone started to sing Jesus Loves Me. We all know singing doesn’t work with the way those microphones work. Yet, there was something profoundly moving to me about all these voices of the church bouncing in and out as the couple held up their baby to the church with such joy.

Heaven knows that yet one more video conference call for any and all of us has become much too ordinary in the last 11 months. But I realize now that once again, I was seeing an extraordinary example on my screen of the presence of God and another kind of mantle passing among the people of God. 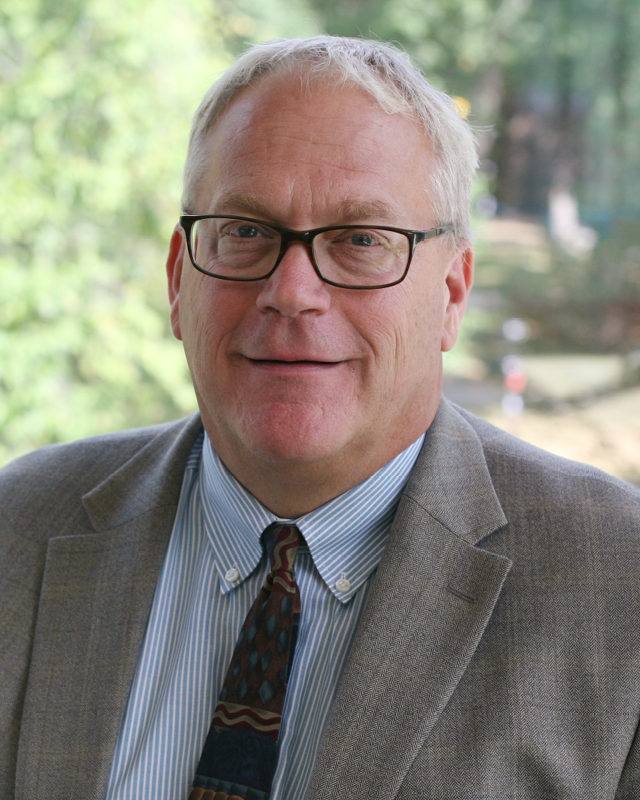 Rev. Dr. David A. Davis is the senior pastor of Nassau Presbyterian Church. He has served the congregation since 2000. David earned his Ph.D. in Homiletics from Princeton Theological Seminary, where he continues to teach as a visiting lecturer. His academic work has focused on preaching as a corporate act and the active role of the listener in the preaching event. Before arriving in Princeton, he served for 14 years as the pastor of the First Presbyterian Church, Blackwood, New Jersey. He has published two sermon collections, A Kingdom We Can Taste and Lord, Teach Us to Pray, and served on the Board of Trustees of the Presbyterian Foundation and the local Princeton YMCA. In addition to preaching in Presbyterian congregations around the country, David has preached to congregations in South Africa, Scotland, the Samuel Proctor Child Advocacy Conference of the Children’s Defense Fund, the Calvin Symposium for Worship, and on the campuses of Harvard and Duke University.

David grew up in Pittsburgh and did his undergraduate work at Harvard University where he was a member of the University Choir, singing weekly in Memorial Church and listening to the preaching of Professor Peter Gomes. David is married to Cathy Cook, a Presbyterian Minister who is Associate Dean of Students and Director of Senior Placement at Princeton Seminary. They have two children, Hannah and Ben.