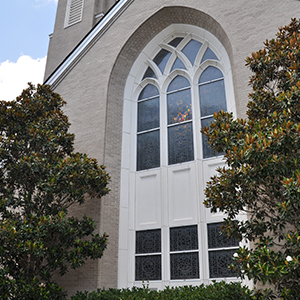 If you’ve ever led a church through a generosity initiative or capital campaign, you have experienced the following scenario. The congregation is fired up. They turn in their commitment cards, and gifts come in strong, for a little while. Over time, the excitement wanes and the campaign may even sputter to the finish line.

So how do you keep the fires burning for a long-term giving initiative of two or three years?

I talked with Phil Taylor, blogger at backstagepastors.org, and Executive Pastor of Mosaic Church — a multisite congregation in both west Orlando and at Disney World that went through a campaign that lost steam before it finished, and another initiative with great results to the end.

Phil says Mosaic learned some valuable lessons, and he shares three important nuggets for churches that want to turn up the heat on their generosity.

Churches engaged in a giving initiative may send an occasional update to givers, but it’s usually not the most creative piece ever. “They might be black and white reports from your church management software, and maybe with the church logo on it,” Phil says. “They’re pretty cold and sterile, and they look like a bill.”

So, for their second campaign, Mosaic created letterhead for reports with their “Get Loud” initiative logo, and other visually appealing elements. On the flip side was a newsletter that included inspiring giving stories and a short letter to reinforce giving principles.

“Those reports were very important to keeping the initiative in front of people,” says Phil.

Mosaic didn’t stop with a report three times a year. Knowing that their most involved givers are in front of them every week in worship gatherings, Mosaic takes the opportunity to regularly celebrate what God is doing through people’s generosity.

“My friends in the parachurch world are jealous that for 52 weekends a year, I get the chance to be on stage and talk to our giving constituency,” Phil says. “But I think we’re afraid sometimes in church to take advantage of this because it’s going to sound like we’re shaking people down all the time.”

Phil took to heart what a giver told him — that churches could better demonstrate the Return on Investment (ROI) of generosity. “He told me, ‘I think you guys could tell us what you’re doing with that money. Help me celebrate the great things that are going on.’”

So regularly Mosaic leaders let people know the impact of their giving on local and global efforts.

Phil gives the example of the time that a foreign missionary supported by Mosaic was interviewed during the service. The interviewer closed with a message stating “Your generosity paid for this. You chose to give fearlessly, and because of that we’re able to support stories like this.”

On another occasion during a sermon, the lead pastor highlighted new ministry partners and church plants supported by the church’s giving. Phil explains, “He said in his sermon, ‘This is what your generosity is paying for — not just a fancy new building.’”

If a long-term giving initiative is going to succeed, somebody has to drive it, and it’s probably not the lead pastor. Someone has to constantly fight for a generosity focus.

In weekend service planning meetings at Mosaic, Phil was the person who kept the initiative on everyone’s mind.

“We’re not annoying when we talk about generosity with our people,” Phil says. “But I am annoying with my staff. I keep saying, ‘We have to fit it in here. Let’s fit this in.’”

Mosaic strives to mention generosity on stage once a month, and giving has increased by 50 percent. Phil thinks that has a lot to do with Mosaic’s focus when they talk about giving. Virtually every time, leaders thank attenders for their generosity.  “There’s an old saying that you get what you celebrate, so we just keep on celebrating generosity with our people,” Phil adds. “A lot of times in church, the only time we talk to people about generosity is when we’re going to spank them for not giving enough. What I like about continually bringing this up in our gatherings is that 80 percent of the time, all we do is thank people.”

Generosity Strategies and Tactics is an ongoing series brought to you by Leadership Network thanks to a grant from the Lilly Endowment. To learn more go to www.leadnet.org (http://www.leadnet.org/).