Recently, in a presentation on stewardship, I asked the audience to think for a minute and then tell me the chapter and verse of the Bible where Jesus says “Thou Shalt Pass the Offering Plate.” Of course, no one could remember that section in the bible because Jesus never said it.

For the first 1,800 years, most money given to the church was in the form of alms giving to the poor. In Colonial America, churches were built and funded by taxes. And while the First Amendment of the Bill of Rights in 1791 led the way for the separation of church and state, many states and counties continued to fund their churches with taxes for almost another 50 years.

By the end of this practice, many churches covered their expense of the pastor and his family by the farmers bringing their “first fruits” to feed the pastor’s family.

This gave way to the earliest form of pledging – subscription lists. The pastor would keep a ledger indicating how much money the church needed for the upcoming year. The book was then passed during the worship for each person to sign their name along with their pledge toward the budget. So, not only did the pastor know who was giving what, everyone in the congregation knew as well.

As this fad became less effective, churches began to rent their pews. And, surprisingly enough, even in the Presbyterian churches, the most expensive pews were the ones down front. We have all heard stories about “sitting in someone’s pew,” well back then, you actually were sitting in their pew. Most churches had an area of free pews that were either in the back or in the balcony. The wealthier members had better and more prominent seats in church.

During this period, the church was growing, or rather, the bureaucracy was growing and denominations were creating layers of government that needed funding. This is the time in our history when per capita was established and special offerings for missions and theological education began.

Between pew rentals covering local costs and per capita costs growing, clergy began looking for another way to encourage parishioners to give. In the 1870s several theologians began promoting the idea of the biblical tithe. The idea being that everything you have belongs to God and it is your duty to give 10 percent back to God. This began the stewardship movement and was the first time that the word stewardship was used to describe offerings to God.

Presbyterians were leaders in making the biblical connection to the tithe by making it a part of our Directory for Worship in 1886. Churches began to request and collect these tithes and offerings during worship and following the collection by singing the “Doxology.” Most churches used an envelope with two pockets – one for church support (the tithe) and the other for mission giving.

With increased competition for charitable dollars, declining church membership, and a stewardship approach that hasn’t changed in 120 years, we need to find new ways to fund ministry in the 21stcentury.

From a collection standpoint, we have to upgrade. Electronic giving is not a nice to have … it is a must have. Churches must have a way to accept donations not only via cash or check, but also by credit card and electronic funds transfer. People do not carry cash or checkbooks anymore.

I am not suggesting attaching a credit card reader to the offering plate.  But I do think an effective way to do this is to have electronic giving available on your website and to promote it in your bulletin or in your pew backs and to encourage people to use their cell phone in worship to make a gift. Making a gift on your phone in church is much less disruptive than waving the offering plate off because you have no cash.

But what about the liturgical act of passing the plate? Perhaps those giving electronically could participate in this act by placing a card or even a pebble into the plate to signify they have given electronically. Imagine hearing those pebbles hit the plate.

Or maybe we could find a way to transform this part of our worship service. Instead of playing a dirge while the offering plate is awkwardly passed, you could have a member of your church tell a story about what the church is doing in the community, or share a testimony about how the church has impacted them positively. You could also show a video or pictures of the most recent mission event.

Instead of passing a plate, maybe you could have people write down on paper the talent that they will offer to God this coming week, or the time they will give to being a disciple of Christ for this coming week.

Other ideas include encouraging everyone to get up and dance their offering to the front, taking a break in worship and encourage everyone to share with their neighbor how they will give back to God this week.

For too long we have passively expected church members to put money into the plate. When we have asked people to give, it usually feels more like begging. We share a deficit budget and plead with church members to give just a little bit more so that we can keep the lights on. That theology of scarcity does not excite people to give.

We need to be promoting a theology of abundance.

Look at all that God has given us.

Look at all that we are accomplishing with what we have been blessed with.

Look how we are being the hands and feet of Christ in our community.

Celebrate what you are doing!

Shout it from the mountain tops and tell everyone of the great things that are happening in your midst through Jesus Christ.

Once people start seeing all that the Holy Spirit is doing, they will want to give cheerfully!

And God loves a cheerful giver!

Robert Hay, Jr. is the Ministry Relations Officer for the Presbyterian Foundation, in the Southeast Region. He can be reached at robert.hay@presbyterianfoundation.org or 855-514-3152. 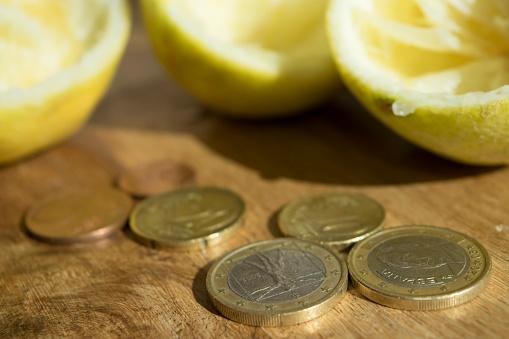 Treasurers are a valued and necessary person in every congregation

Back in the days when circuses traveled the land, there was a strongman as one of the sideshow acts that would demonstrate his power before a large audience. Toward the end, he squeezed the juice from a lemon between his hands. He then said to the audience, “I will offer $200 to anyone in the audience who can squeeze another drop from this lemon.”

A thin, scholarly looking elderly woman with glasses on a chain around her neck, came forward, picked up the lemon, squeezed it hard, and managed to get a drop of juice out of the lemon. The strongman was amazed. As he paid the woman the $200, he said, “I’ve got to ask, ‘What is the secret of your strength?'”

“Practice,” the woman answered. “I was the treasurer of First Presbyterian Church for 32 years and have always had to squeeze something out of nothing!”

Often the task of our church treasurers seems to always be to try to make something out of nothing. The task of the church treasurer is not easy. Sessions, not to mention pastors or even congregations, often ask treasurers to find ways to pay for the things they want or believe the church needs to fund. Almost inevitably, this can lead to tensions between the session and the treasurer. Sessions can be perceived by treasurers as spending without regard for the church finances and treasurers can be perceived as unreasonably standing in the way of the session’s funding of church ministry.

So how should ruling elders and church treasurers relate?

The Book of Order only provides one reference to treasurers. The Form of Government, G-3.0205, says “The session shall elect a treasurer for such term as the session shall decide and shall supervise his or her work or delegate that supervision to a board of deacons or trustees.” But from that one sentence, we see a couple of important things about how ruling elders on a session and treasurers are to relate.

This declaration is a reminder that it is the session that elects the treasurer. The treasurer is not chosen by the pastor or even by the congregation as a whole. The session elects the treasurer. That’s also why the session shall decide and shall supervise the treasurer’s work. To put it another way, the treasurer’s ultimate responsibility is to the session. This is the reason that the full text of G-3.0205 includes that sessions shall make sure certain procedures are followed regarding the counting and recording of offerings; the keeping of financial books and records that are also open to inspection by church officers (which is what session members are); and at least annual reports of all financial activities.

One other important note is that G-3.0205 says that the session shall elect the treasurer to “such term as the session shall decide …” Treasurers are not elected for life though sometimes it probably feels that way. Instead, they are elected for a term — that term can be one year or 10 years or any length set by the session — as long as there is a specific term length.

That term length can actually be a great opportunity for the ruling elders and treasurer to relate. When the end of a treasurer’s term is approaching, a session can be helpful to treasurers, especially treasurers that the session wants to have to continue, to not only ask if the treasurer wants to continue but to really listen to the treasurer’s answer. Many times, out of love for their congregation, a treasurer will say something similar to, “Well, if no one else will do it, I guess I can do it again.” And a session will leap on that as all the answer they need. But what if ruling elders really listened to that answer as an opportunity to have a meaningful conversation with the treasurer about whether she or he wants to continue and what, if any, adjustments can be made. The work is difficult and stressful enough without feeling like you can never step away from it.

Treasurers are a valued and necessary person in every congregation. The task may often seem like squeezing out one more drop of juice from a dried up lemon but the vast majority of treasurers never quit trying to do so. In that way, ruling elders and treasurers are exactly alike — they both love their congregations with all their hearts and all their souls. That may be the most important thing of all to know.


Ready to take the next steps

Online giving definitely has a place in a person’s giving plans. But when a member is ready to consider lifetime gifts, a Foundation Ministry Relations Office can help. Having an experienced gift development officer discuss with your donor their goals and the options available can be helpful to the donor, and to your ministry.

Contact your Ministry Relations Officer to talk about the services that we can provide. Locate your officer online or call us at 800-858-6127, option #3 and we’ll put you in touch.