Investing in Climate Change Solutions
For the Presbyterian Church (U.S.A.) climate change is not just a conversation to be had, but a pressing issue to be addressed. As stewards of God’s creation, how can we be both responsible and proactive in our attempts to stem the rising tides?

The Presbyterian Church is not alone in such concerns — hundreds of denominations, private endowments and institutional investors are studying how their investments can best be leveraged and mitigate the negative effects of climate change. The Board of Trustees of the Presbyterian Foundation, in their June 2015 meeting, sought a positive approach to addressing these concerns.

“We started talking with the Board and asking, ‘What are some positive actions we can take that actually bring about change on the consumption end?’ shared Anita Clemons, Vice President, Managing Director of Investments.
“We may criticize Exxon and Chevron for profiting from burning fossil fuels. However, we continue to drive our cars and fly in planes which changes nothing,” she continued.

As a response to this, the Foundation board of trustees committed that at least 1 percent of the Foundation’s permanent endowment fund holdings will be invested in companies working on climate change solutions and engaged Cambridge Associates to help identify these investments.

“Our endowment fund provides funding for mission all over the world, ranging from schools to poverty programs to food pantries,” said Clemons. “Given the track record of clean energy investing to date, we didn’t want to invest in anything that would have any negative impact on this mission work.” Because of these factors the Foundation sought investments that are both ‘clean’ and ‘solid.’

After much research Cambridge came up with the first two investments − good investments, with good cash flows, that are also ‘doing good.’ The first is LL Capital which finances residential clean energy projects. The second is True Green which installs and manages commercial solar projects.

“We hope that the General Assembly will continue to be concerned about climate change,” said Clemons. “We also hope that the GA will look at the efforts we have made trying to be good stewards, making responsible investments that are also good to the environment.”

The Foundation hopes to have the entire 1 percent allocated by the next General Assembly in 2018. The 1 percent allocation would represent approximately $6.5 million. Based on the size of the commitments with LL Capital and True Green, the Foundation expects to invest with two to three more clean energy managers in the near future.

“We must invest prudently, which is why we are not rushing to put the entire amount in one investment,” explained Clemons. “Our responsibility is to maintain fiduciary excellence while being faithful to the social witness principals of the PC(USA).”

Leaving a Legacy: Past. Present. Future.

After receiving three fairly significant bequests in 2006 — all between $200,000 to $400,000 in value, the First Presbyterian Church of Jefferson City, Missouri decided to allocate funds to three areas. First, they paid off their mortgage and long-term debt. Second, they set up a fund to grow new ministries and support existing ones. The final third they put into a fund for nontraditional and future worship. Past. Present. Future.

Then the church received notification that they are the beneficiaries of two more bequests.

“This is an amazing thing — a good thing,” shared Pastor Rob Erickson, who has been at the church since 2010. These gifts, he suggested, have come because of seeds planted long ago — seeds that are now bearing fruit.

“It reminds me of Paul — it is not fruit that I’ve planted, but fruit that other pastors have planted over time and other sessions and trustees — it has created an attitude within the church that is truly amazing,” shared Erickson. He himself has included the church in his will. “Because that’s what we do here.”

But the sowing of such seeds is not something that they have left only in the past.

Recently the church hosted a program called “Our Last Legacy” in which they covered the topics of planning funerals, planning how we care for ourselves, and how to live life fully. The presenters were all from the congregation — a nurse, a Stephen Minister, a lawyer, and pastor Erickson.

They expected that, as in the past when they had brought in an outside speaker to cover such topics, they might have 10–12 people. But instead they had more than 50.

“I think it mattered to have people who were known to them — people they trusted,” shared Erickson. For his part he walked them through his own funeral — what songs he wants, what scripture. “We even laughed as we were talking about the various parts,” explained Erickson, pleased with the response.

Other topics included how to create a financial and legal legacy that is done in a way that helps those who are left to implement one’s wishes, but also how to live strong and well and healthy in the last quarter of life.
But for Erickson it is personal relationships that are the key.

“People in your congregation are going to be giving to things they care about — to their alma matter, to other good causes in the community,” he said. So why not let them know about those good causes that are also in the congregation?

FPC Jefferson City had a carillon that broke after 40 years and it needed to be replaced. Erickson talked with a man in the church whose wife, who had loved music, had passed away. The man talked with their son and daughter and together they were able to contribute the new carillon to her memory. “Now they remember Virginia every time they hear that carillon play.”

Another individual in the church who spent his life traveling and has grandchildren that are in the church’s youth group decided to contribute to a bus — not when he died, but now, so that he can see it put to use. “He gets to see pictures in the newsletter of the bus being put to great use,” explained Erickson.

They are also quick to celebrate such gifts — making sure that it is known within the congregation that the ministry is happening out of generous donations.

Walking with You: A Christmas Message from Ghost Ranch

Reaping a harvest of joy from our tears

Come, and you will see: An Advent message 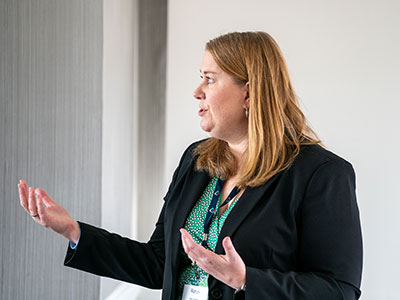 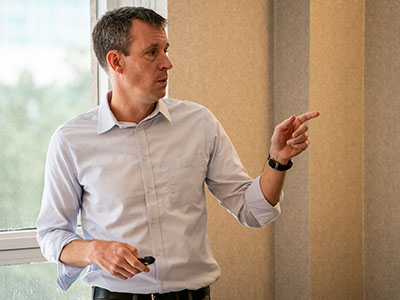 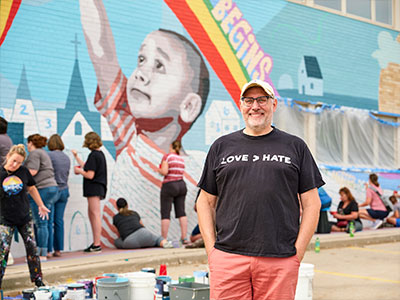