Editor’s note: This is the first of two stories featuring the Cook Native American Ministries Foundation. You can read the second story here.

A nationally-renowned theological college with roots in both Christian and Native American spiritual beliefs and culture trained hundreds of Native people to take the Gospel—and the good works it inspires—to their own tribal communities for more than 100 years.

In December 1870, German immigrant Charles H. Koch—who would Anglicize his name to Cook—first came to Sacaton, Arizona, on the Gila River Indian Community. The 1898 book Among the Pimas; or, The Mission to the Pima and Maricopa Indians contains Cook’s first-person account of how he was called to minister to the Native peoples of Arizona. Cook was born in 1838 and died in 1917.

“When he first arrived, Cook was a teacher and also shared the Word of God through his ministry to the Akimel O’odham people,” says Cook Native American Ministries Executive Director and CEO Wendy Weston. The Akimel O’odham, one of two tribal cultures in the community whose lands are just south of Phoenix, are also known as Pima.

Cook’s legacy reaches across the United States, touching tribes across the country. The Cook College and Theological School closed in 2008 after enrollment declined, and the Cook Memorial Presbyterian Church burned in April, and discussions are ongoing about the future of the church.

But neither of those unfortunate events have erased Charles Cook’s legacy of education and personal sacrifice. The ministry started by a minister who spoke the Pima language with a German accent to share the Gospel continues through the Cook Native American Ministries Foundation.

“The Presbyterian Foundation and its subsidiary, New Covenant Trust Company, has been thrilled to be a long-time supporter of the Cook Foundation and its predecessor school. We have members on the Cook Board. We have provided strategic planning support, stewardship and fund-raising education, consultation, and we have helped Cook to network nationally with other First Nation peoples,” says Tom Taylor, President and CEO of the Presbyterian Foundation. “This is a fabulous ministry and work, helping so many advance their lives and discover their gifts and talents. We are all truly grateful to walk in partnership with the leadership of the Cook Foundation as they chart their course for the future.”

The first year was a bit bumpy. Among other happenings during 1871, Cook reported that the school encountered obstacles such as being unable to communicate with students from Gila River’s other culture, the Maricopa.

But Cook and his first wife, Anna, persevered. “[Cook] made every effort to learn the Pima language while his young students learned English from him with a German accent,” says Cecil Corbett, former student, and later president, of the Cook College and Theological School. “In learning the language, he built trust with the people, and he was able to teach and preach in the Pima language.”

About 10 years later, Cook was ordained as a minister in the Presbyterian Church, and began the work he was called for in earnest. He established the First Pima Presbyterian Church congregation in 1889, which still meets today. “He labored for 13 years before he had his first convert,” says Corbett.

After nearly 40 years ministering to the Pima and Maricopa and undergoing personal trials when his first wife passed on, Cook founded the Cook Bible School in 1911 to train Native people to take the Gospel to their tribal communities.

The Cook Memorial Church in Sacaton was consecrated in 1918, the year after Cook passed on, and Mrs. Cook and at least one of their children are buried there. A new church was constructed in the 1980s, but the historic church was preserved and placed on the National Register of Historic Places in 1975.

The Cook Bible School—which underwent some name changes but never deviated from its Gospel-centered mission—was always a place for family, faith, and community. Della Peña, who has spent nearly her entire life associated with the Cook School, is one of those family members who found her purpose through this association. “My mother and father were students in the 1940s,” when the school was sited across the street from the Phoenix Indian School, says Peña. “They met and married, and they had a family of nine. The first part of their marriage, they resided there on the campus.” Peña’s grandmother Nellie Sneed served as the school’s cook.

The contemporary Central Presbyterian Church, which continues to serve the Phoenix-area Native community was part of the campus. “That’s where all the students attended church,” Peña says. In fact, the Peña family still attends church there.

In 1965, the school purchased 17 acres in Tempe, Arizona, to be its permanent campus. Over the following 43 years, Cook Bible College, later to be known as Cook College and Theological School, became a magnet for the training of Christian pastors that would serve on American Indian reservations across the country. According to an article in the East Valley Tribune in December 2007, by the time the board of directors of Cook, then known as Cook College & Theological School, decided to close the campus, some 75 percent of Christian pastors on reservations had completed classes there. And, the school maintained its relationships with 75 tribes across the U.S.

Peña’s association with the college continued when she was hired as the receptionist in 1982, when Corbett was president. She’s worked for the college in its many incarnations—including its current status as a foundation—ever since, except for two two-year periods.

“I got to know the students and volunteers who came through the doors, especially during the spring season,” says Peña. “They would stay in our dormitories and have events. We also worked with off-campus organizations and churches across the states who could come to use our conference center for meetings and events.”

Cook also hosted many activities for students. “We had chapel services which we attended Tuesdays and Thursdays, which were part of their classes,” Peña says. “The entire Cook community attended them, as well as the special services like Easter, Thanksgiving, and Christmas.” Those always included community gatherings or dinners afterward.

Four-week winter term workshops, held each January, attracted students from all over the United States, Canada and Alaska, and even as far away as Hawai’i, says Peña. She says those workshops often led to full-time students. “It was very, very active,” she says. “There was a lot of interaction with each other.”

More importantly, “the faith was there,” Peña says. “The spiritual sense was there, and traditional ways were shared.” Dancers came to cultural events called “cultural night,” and artists arrived to sell their items. Fry bread was a featured menu item. “All this interaction helped us to get to know many people, because even though not full-time students, they would come every year,” she says. “You’d know who they were. The community was growing by more and more people.”

Sadly, all this came to an end when Cook’s staff and board experienced a drop in the student population. Because the college only offered associate degrees, many theological students chose colleges that offered more advanced training, while others went for online education. In any case, the decision was made to close.

Peña recalls digging up a time capsule that had been buried on campus. “We had to take down a warrior sculpture that had been made from chicken wire and putty [among other materials]. I went to see the sculpture being taken down and retrieve the time capsule. There wasn’t much left,” she says. “There was a plastic gift bag, pieces of the dirt that was under the sculpture and one spiral binding that was probably from a yearbook that had disintegrated.”

Those items are now on display at the new office of the next incarnation of Cook’s ministry—the Cook Native American Ministries Foundation, located less than a mile from the old campus.

Debra Utacia Krol reports on Native issues, environmental and science issues, and art. She is an enrolled member of the Xolon (also known as Jolon) Salinan Tribe from the Central California coastal ranges. Krol writes for Indian Country Today, High Country News, Huffington Post, The Revelator, VICE News, Winds of Change Magazine (the journal of the American Indian Science and Engineering Society) and other publications. She lives in the Phoenix area. 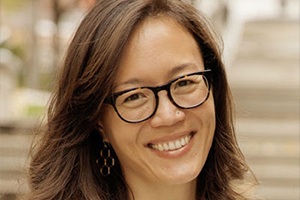 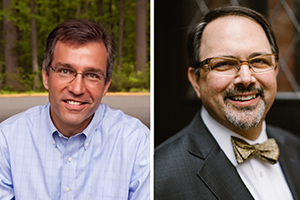 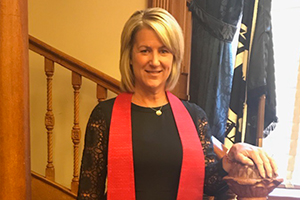 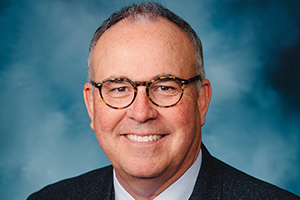