Some of the best worship and most meaningful preaching the Rev. Landon Whitsitt has seen and heard during the pandemic has come from preachers and other worship leaders willing to share themselves in an authentic way with those attending the online services they’re creating each week.

Whitsitt, now the pastor and head of staff at Westminster Presbyterian Church in Oklahoma City after serving for a decade as executive of the Synod of Mid-America, said during a Facebook Live conversation Wednesday some of the preachers he talked to early in the pandemic “were scared to death” about creating digital worship and bemoaned “not doing the ministry they always have.”

Whitsitt, the guest Wednesday of the Rev. Dr. Lee Hinson-Hasty, senior director for Theological Education Funds Development for the Committee on Theological Education of the Presbyterian Church (U.S.A.) and the Presbyterian Foundation, assured nervous preachers last spring that while “there is a basic level of technical stuff” they would have to clear related to sound and video quality, “past that, people don’t care. They respond to authenticity.”

“Digital media is just another form of ministry,” Whitsitt told Hinson-Hasty. “If you’re not speaking and preaching” and not, as Dr. Anna Carter Florence, the Peter Marshall Professor of Preaching at Columbia Theological Seminary has put it, “testifying authentically” after having grappled with the biblical text, “you have no business being there,” Whitsitt said.

Whitsitt, who was Vice Moderator during the 219th General Assembly (2010), began serving Westminster Presbyterian Church two months ago. “I’m drinking from a firehose,” he told Hinson-Hasty of re-entering parish ministry, “but I love the taste of the water.”

Preachers are finding any number of ways to create digital ministry that fits their context. A clergywoman Whitsitt knows who’s serving a church in Kansas City “sits in her study, turns on her computer and just talks” as her contribution to her church’s online Sunday worship. Another friend preaches from his home office, where he’s “authentic as all get-out,” Whitsitt said. “We have countless faithful women and men giving of themselves” while preaching online during a pandemic that has kept most worship at most PC(USA) churches virtual for nearly a year.  “I think that’s what people want.”

During the pandemic, pastors are being called on to “show more of ourselves to our people, and it carries a risk,” Whitsitt told Hinson-Hasty. Recently during an online morning prayer time he holds at Westminster, Whitsitt was discussing the story of the Syrophoenician woman’s faith. In that story, Jesus compares the woman to a dog, which can be construed as a racial slur.

Here’s what Whitsitt told those people listening in that morning: “I am uncomfortable with this. I hate that Jesus said it, but it’s there.” There’s value, he said, for parishioners to hear their pastor say those words.

For pandemic preachers, vulnerability and transparency are paired with authenticity, Whitsitt said.

He’s planning a Lenten series on disciplines, which in the sermon that will air Sunday he compares to a garden trellis, because discipline “helps us grow the way we need to.” He called the four qualities with which people in ordered ministry in the PC(USA) promise to serve people — “energy, intelligence, imagination and love” — the “fruits of discipleship.”

“I am winging it here,” he told Hinson-Hasty, “but I don’t think you can get imagination unless you are disciplined in things.” One preacher he enjoys hearing from is the Rev. Marci Auld Glass, pastor and head of staff at Calvary Presbyterian Church in San Francisco. She’s “such a good reader that her sermons are peppered with quotations,” Whitsitt said. “But she references narratives of what she has read in a way that blows me away. That’s how you nurture imagination,” he said. “You take advantage of the creativity that’s already out there.”

“I don’t understand our work without it being a creative act,” Whitsitt said. “We serve a Creator, and we have been invited into that work. I am a huge fan and admirer of people who understand themselves as preservationists,” but “I think we sell ourselves short if we don’t understand that all we are preserving was once created.”

He said he believes that as they continue to engage in ministry during the pandemic, smaller congregations “have a superpower that larger ones don’t.”

“You know one another intimately,” he said of the denomination’s smaller churches. “You’re able to love one another and be part of one another’s lives.”

“Just dip in,” he advised preachers who might still be wary of helping to create weekly online worship. “Give yourselves a couple of weeks of pain and accept it will be a little awkward. But keep talking.” 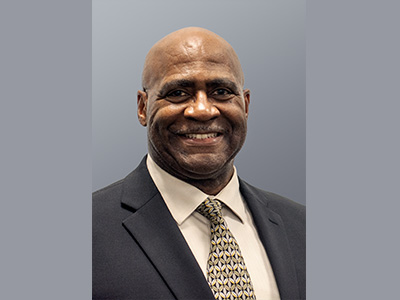 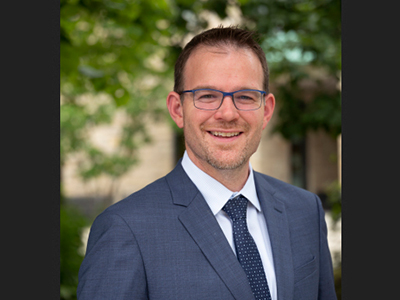 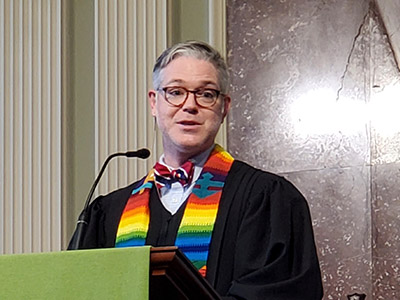 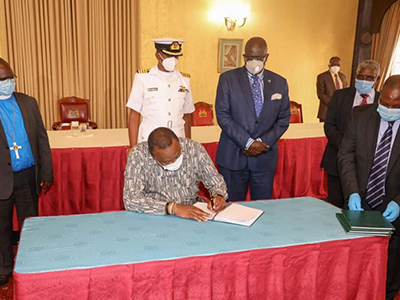 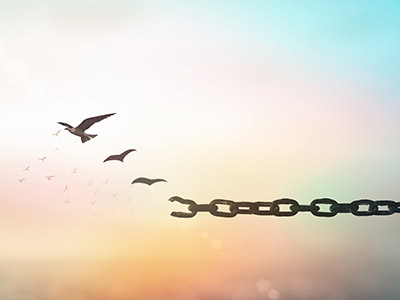